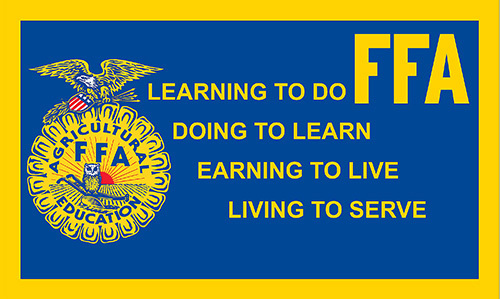 Norwood Young America FFA consists of nearly 50 members, grades 7-12. The chapter celebrated National FFA Week February 21-25, 2022. It was a great chance for the FFA chapter to showcase their talents and let students know more about FFA and agriculture in general.

The week started with President’s Day. Even though school was not in session, FFA still had a role in the day as the group in charge of setting up and taking down the booths for the Carver County Dairy Expo at Central. The day’s events brought personnel from several local radio stations to the school. Among those interviewed was FFA President Hailey Buckentin. It was the latest in a series of radio interviews by Hailey, giving her ample opportunities to showcase her speaking skills.

An already short week of school became even shorter when snow hit Tuesday of FFA Week, pushing the FFA Staff Appreciation Breakfast to Wednesday. Despite the change in scheduling, it was a big hit as several FFA members teamed-up to cook breakfast and deliver food to many staff members at Central. Numerous FFA members volunteered their time and talents to read stories in elementary school classrooms as well.

Thursday of FFA Week featured the return of animals to the ag shop. For a two hour window of time in the morning, students had the opportunity to visit a Holstein calf, two llamas, a goat, and a wide variety of birds in the shop. Several visitors donated money as they entered the shop and the money raised is going to be donated to a local animal shelter.

To finish off FFA Week, the entire 9-12 student body, plus a substantial amount of middle school students flocked to the gym for FFA Ag Olympics. This consisted of students, and eventually staff members, racing through the gym. Along the way, competitors had to change into a costume, push a wheel barrow, throw a straw bale and then run to the finish line with an “egg” in a spoon. Of course, it was a good idea that ping pong balls were used instead of eggs! Otherwise, considerable cleaning of the gym floor would have been necessary.

Even though there was only three days at the school during FFA Week in 2022, the students made the most of it! It would have been impossible to make it happen without the work of the FFA Officer Team: President Hailey Buckentin, Vice President Devin Zellmann, Secretary Kelsey Harms, Reporter Jenna Flaata, Treasurer Jessica Tober, and Sentinel Britney Smith. Plans are also currently coming together to encourage students to drive tractors to school later this spring. 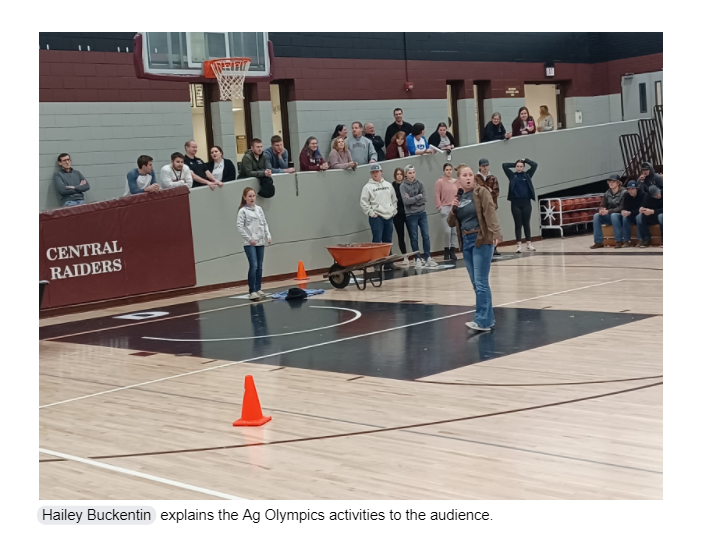 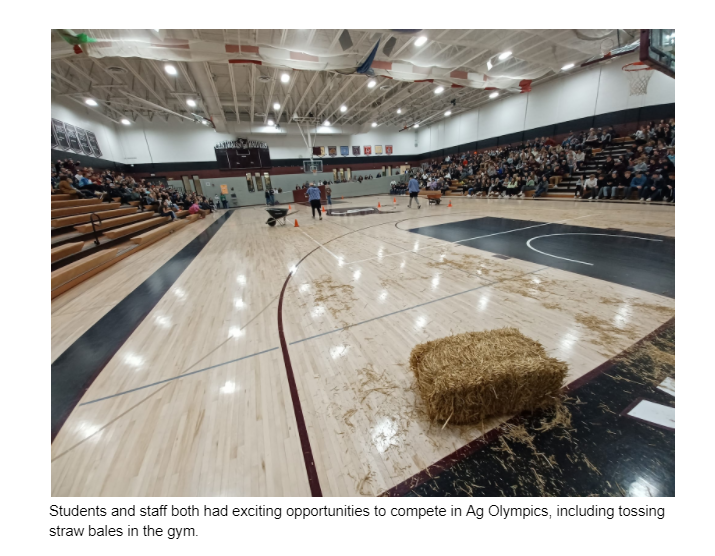 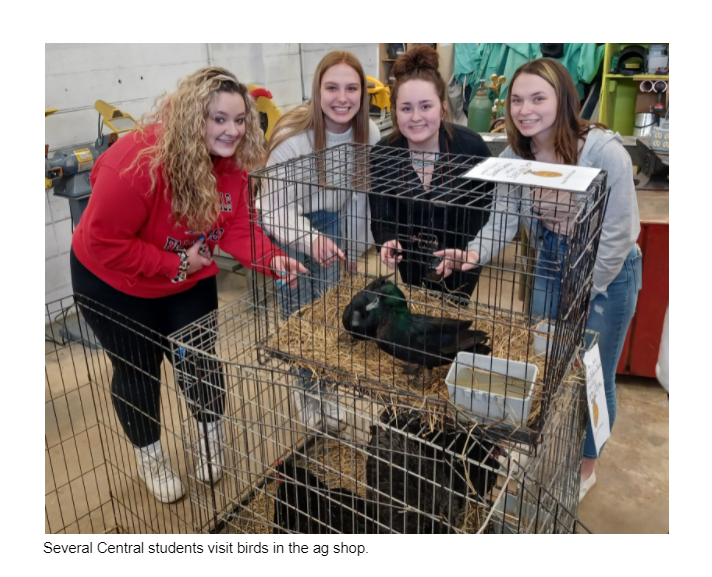 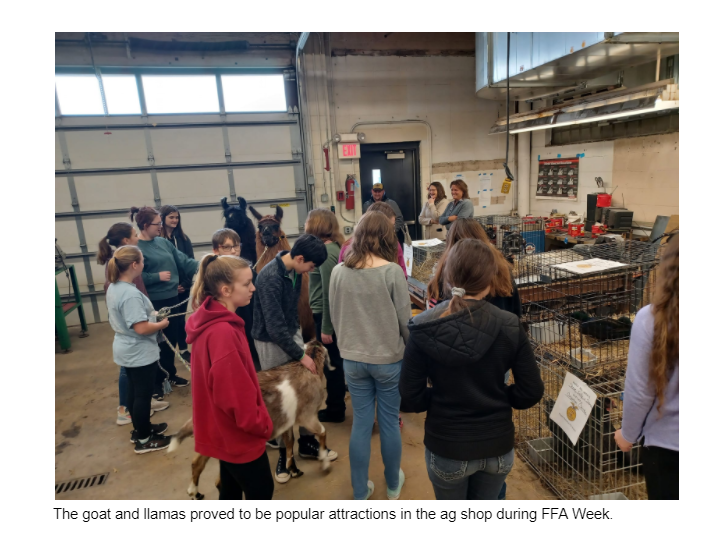 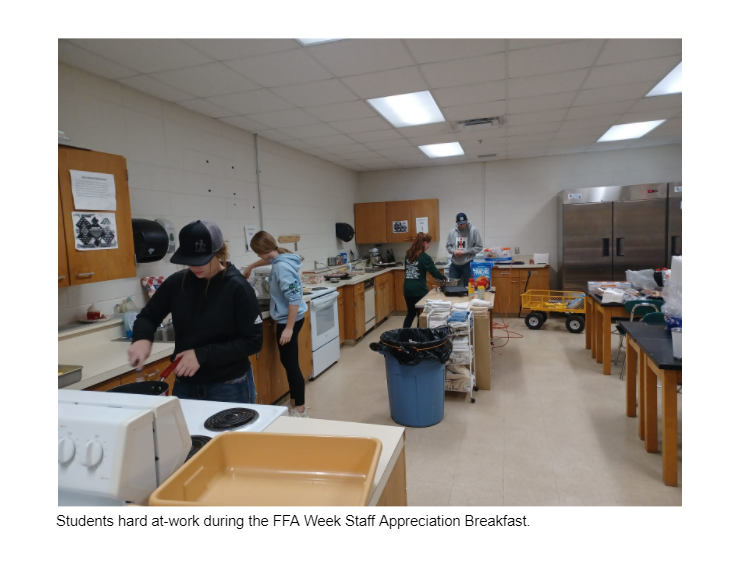 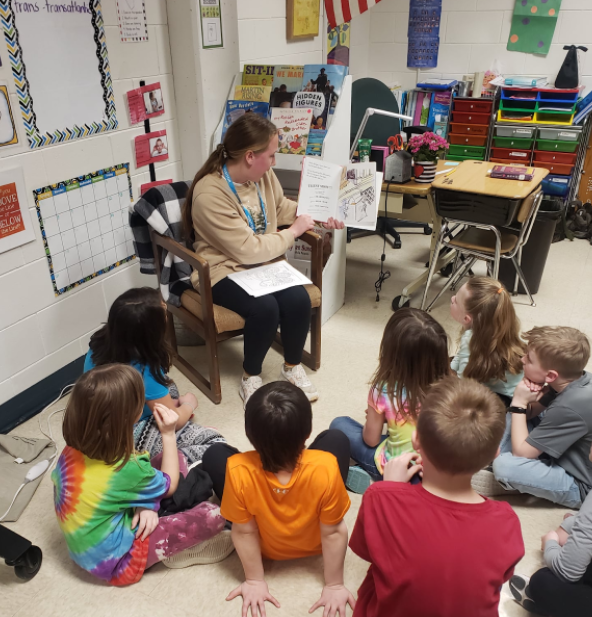